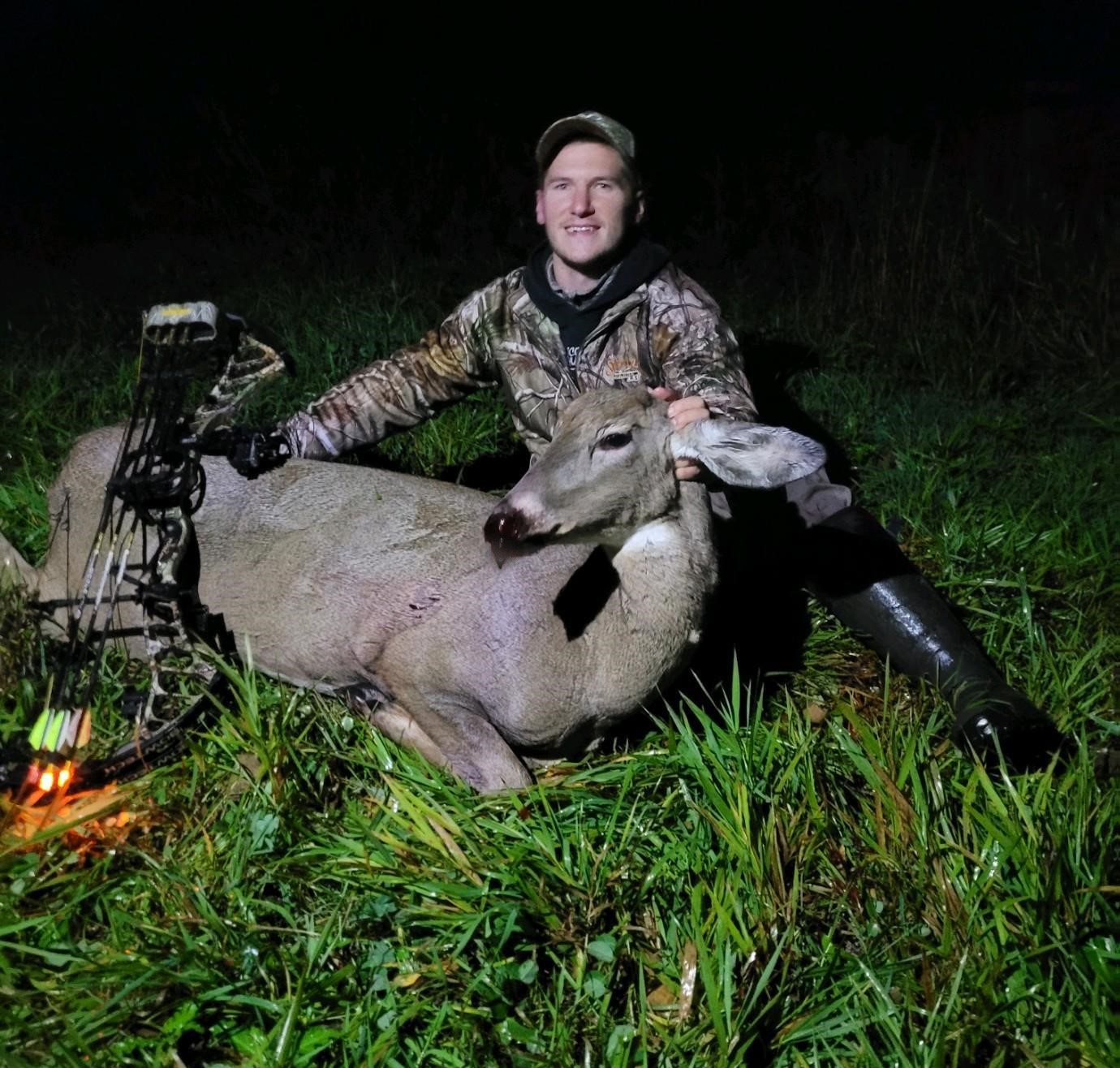 There’s always talk about the big “October Lull” in hunting, but in my experience, October is one of the most enjoyable times of the year to hunt...

Archery season is well underway here in Minnesota, running from Sept. 17 through the end of the year. October is one of those months I live for as a hunter. The weather changes, often rapidly, with cold fronts coming in and dropping temps by 10 to 20 degrees. This can result in some of the season’s best hunting.

Here’s the thing — there’s always talk about the big “October Lull” in hunting, but in my experience, October is one of the most enjoyable times of the year to hunt in Minnesota. The month is colored by the falling leaves of autumn. The whitetail deer start laying down tons of rubs and scrapes, and suddenly a buck you have never seen can just show up!

When I hunt in October, I always target cold fronts, as well as other changes in the weather such as wind, precipitation and anything that’s going to get deer on their feet and eating. And truly (at least in my experience), the best results I’ve seen are when the forecast shows as much as a 20-degree drop.

In fact, sometimes the more drastic and sudden the weather changes, the better the hunting gets. October tends to bring these kinds of changes even once or twice in a given week here in Minnesota. Your best bet is to keep an eye on that changing forecast from day to day and plan accordingly. Let’s take a look at one of my memorable outings from last year.

Last year on Oct. 20, I hunted during a cold front that was combined with some rain. Temps had fallen by 15 degrees and the rain was forecast to stop around the last hour of daylight. Then everything got crazy … and fast.

A new 10-point buck I had never seen on cameras before came in pushing a doe and grunting. Before I even realized it, I was drawing back on this buck. That buck fever you hear about was beginning to kick in. I punched the release and the arrow hit the dirt behind the deer.

While I didn’t get another shot at that same buck, things turned around for me when a new doe passed through around 30 yards away. My light was fading; maybe 15 minutes of shooting time remained at most. I regained my composure and set my sights on the doe. Down it went.

About the Author
Mike Kangas is a Realtree Land Pro and REALTOR® with Dalton, Minn.-based United Country Real Estate | Aasness Auctioneers (Auctions and Real Estate/Team Aasness). Born and raised on Minnesota’s “Iron Range,” Mike is an accomplished outdoor professional and land manager. His understanding of real estate markets, specialty properties, land improvements and hunting techniques bring value to landowners and obsessed hunters like himself. You can find Mike at HuntingLandMike.com and UnitedCountryAasness.com.